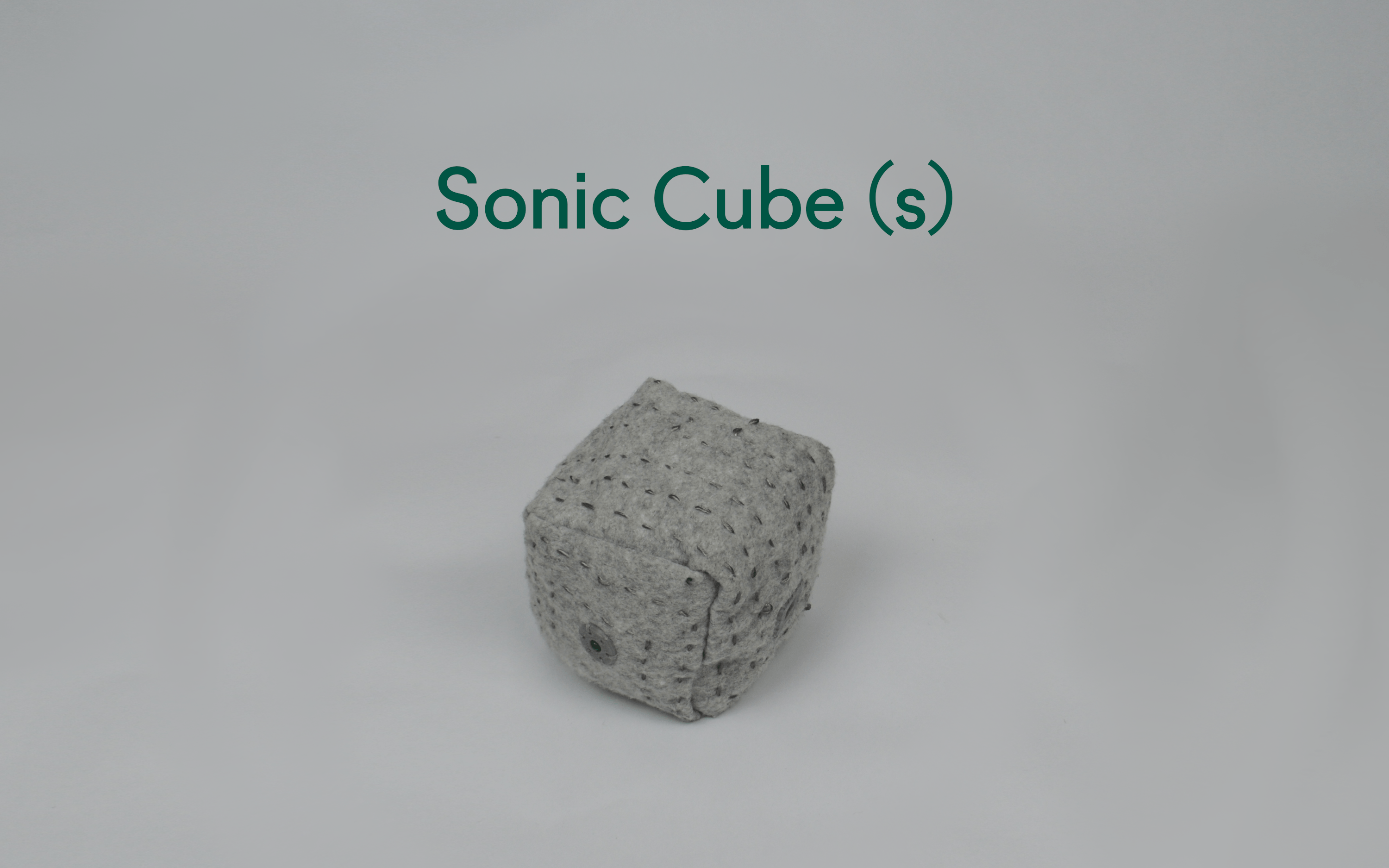 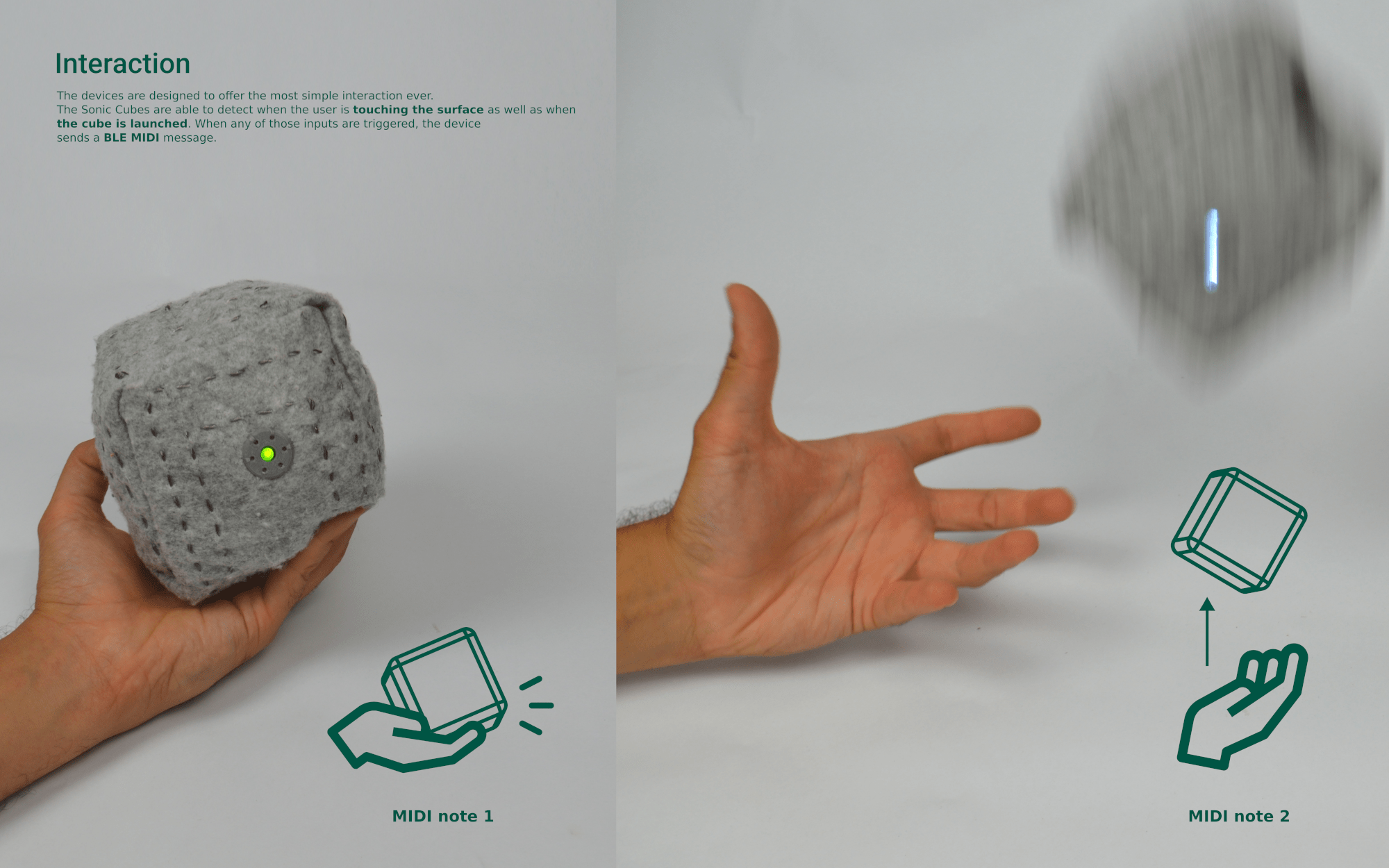 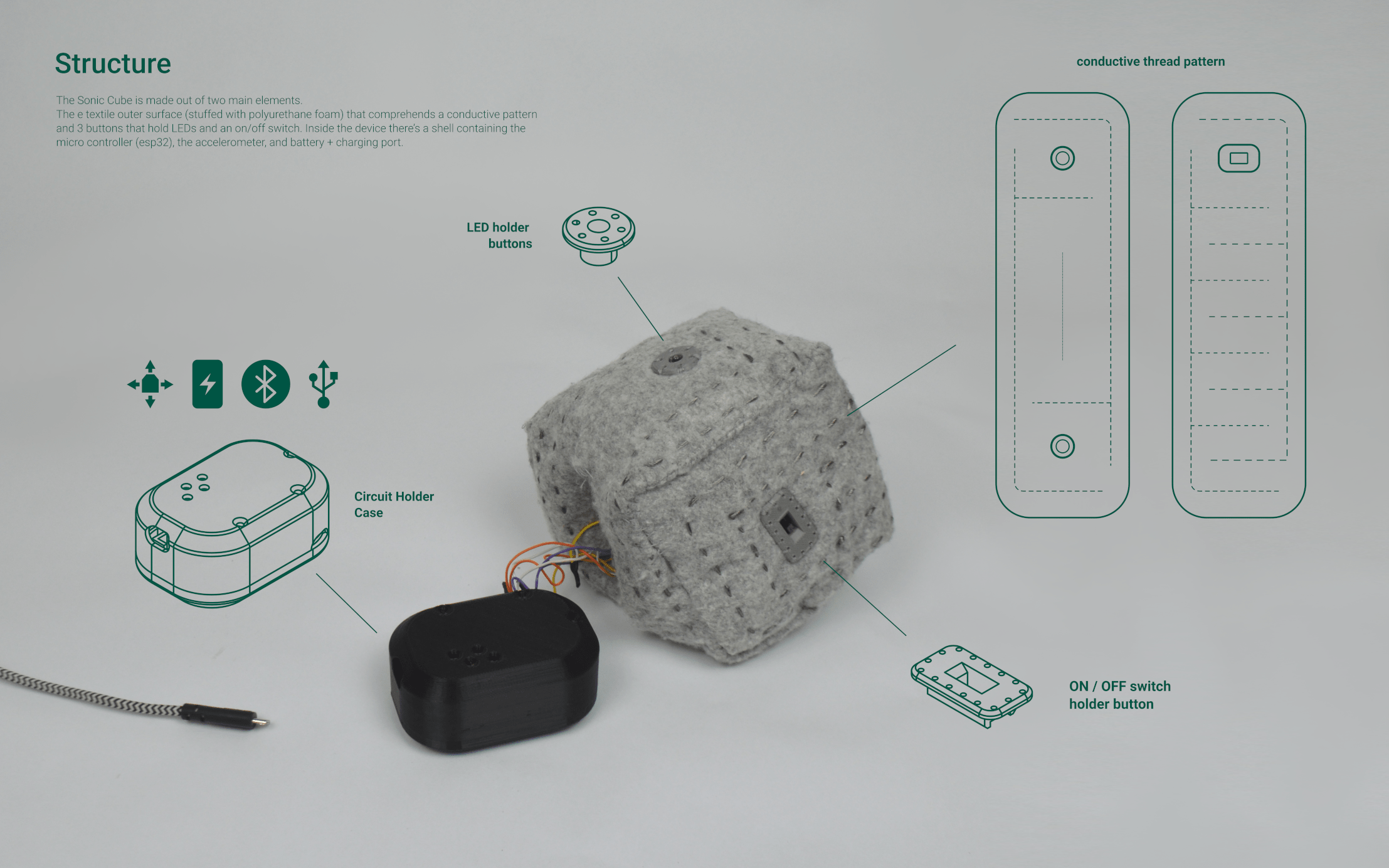 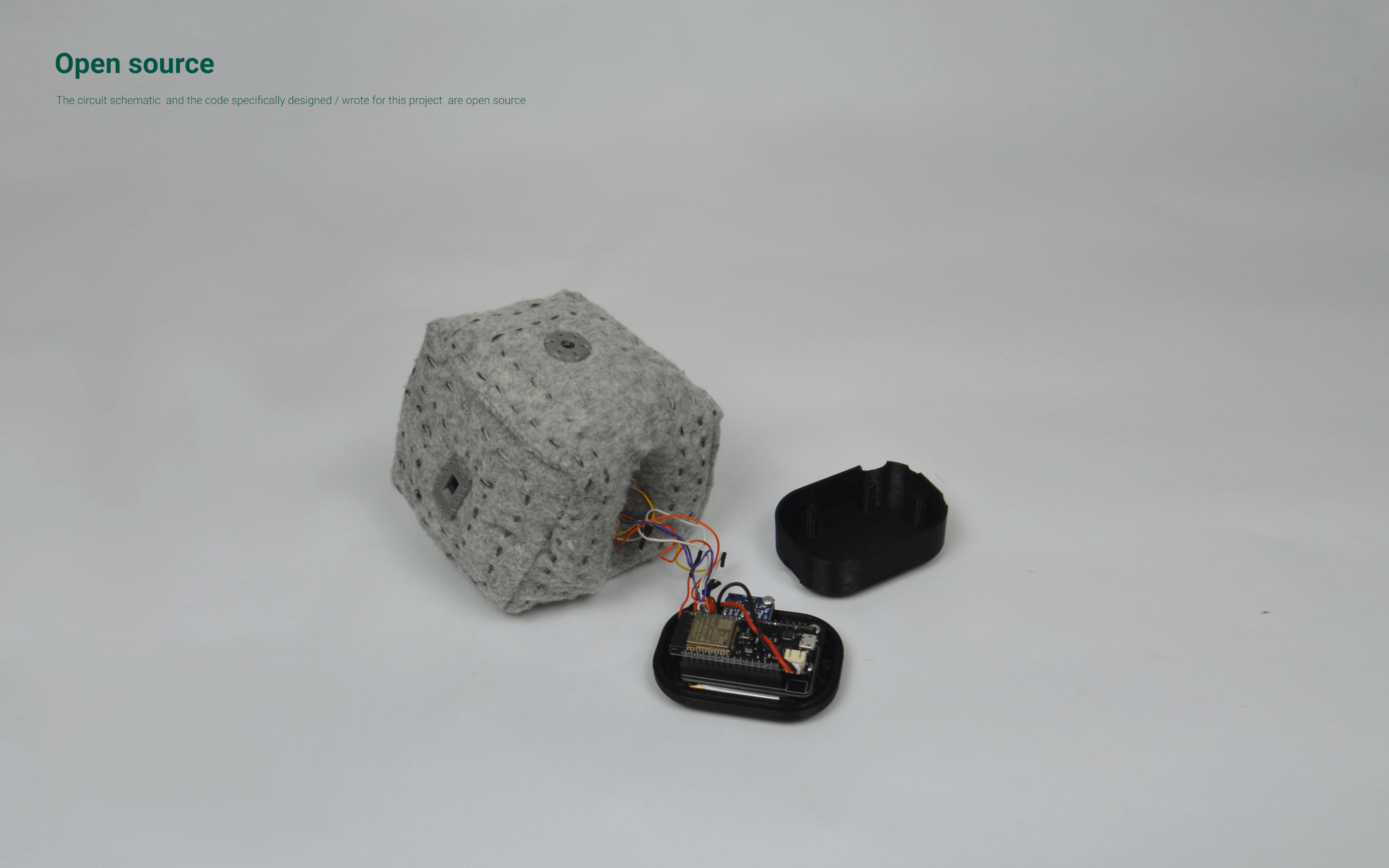 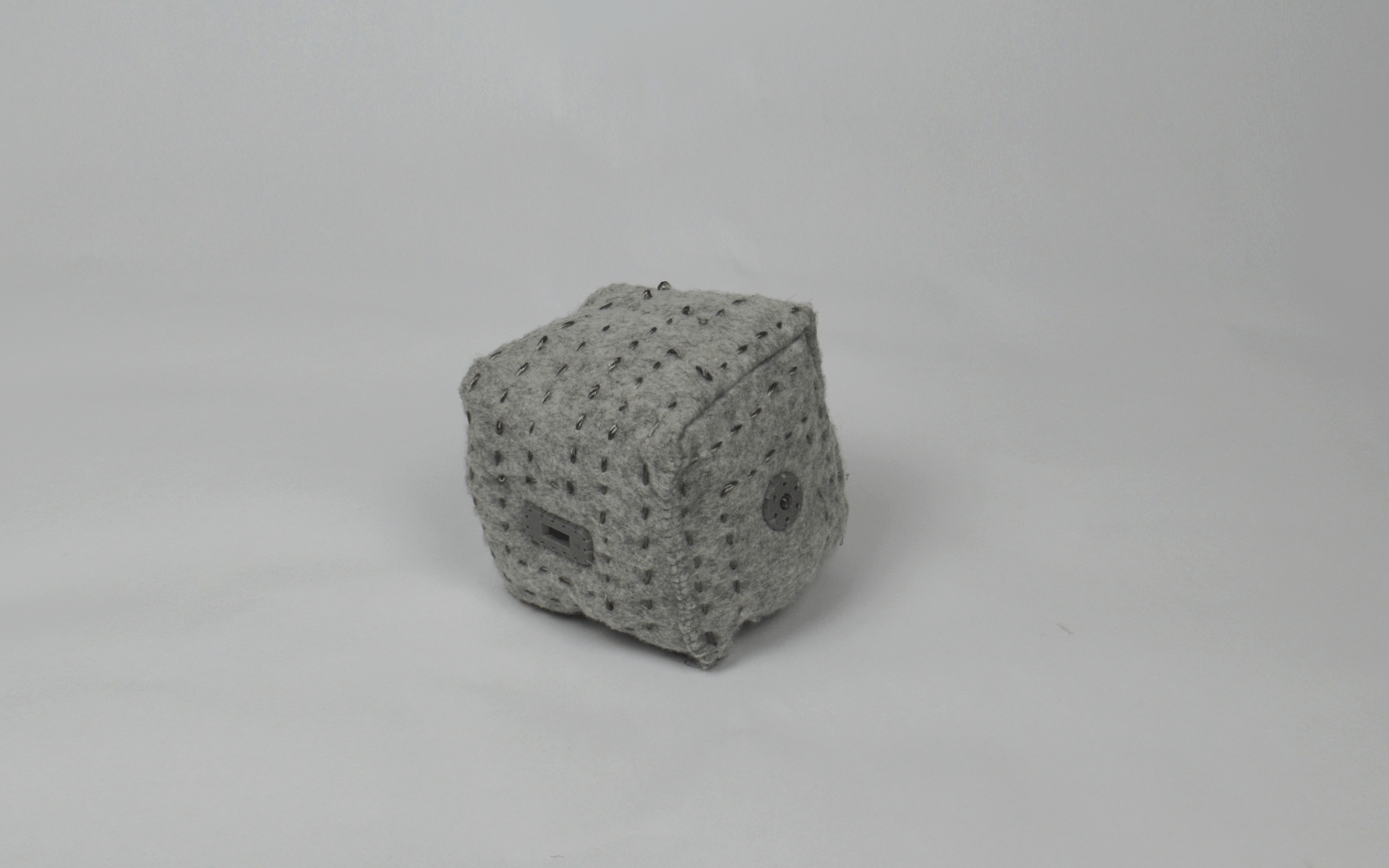 The sonic cube is an IoT device developed with the intention of providing to users and performers a playful and engaging way to interact with sounds. The object is a padded fabric cube with the particular property of sending MIDI notes what thrown or held. The surface of the device is made out of felt, and it’s embroidered with a pattern of conductive thread that works as a capacitive sensor that allows the device to sense when the user it’s holding it. Inside the device there’s an accelerometer that can detect the movements of the cube. The cubes are also equipped with a set of 2 LEDs that provide a visual feedback foe the user. The core of the device is an esp32 micro controller that is able to process the input provided by the sensors and send it to a computer through a BLE connection his project it’s been developed within the course “SENSOR LAB 2.0 – Laboratorio didattico di Iot E Coding” provided by Area Science Park

You can find some work in progress pictures here