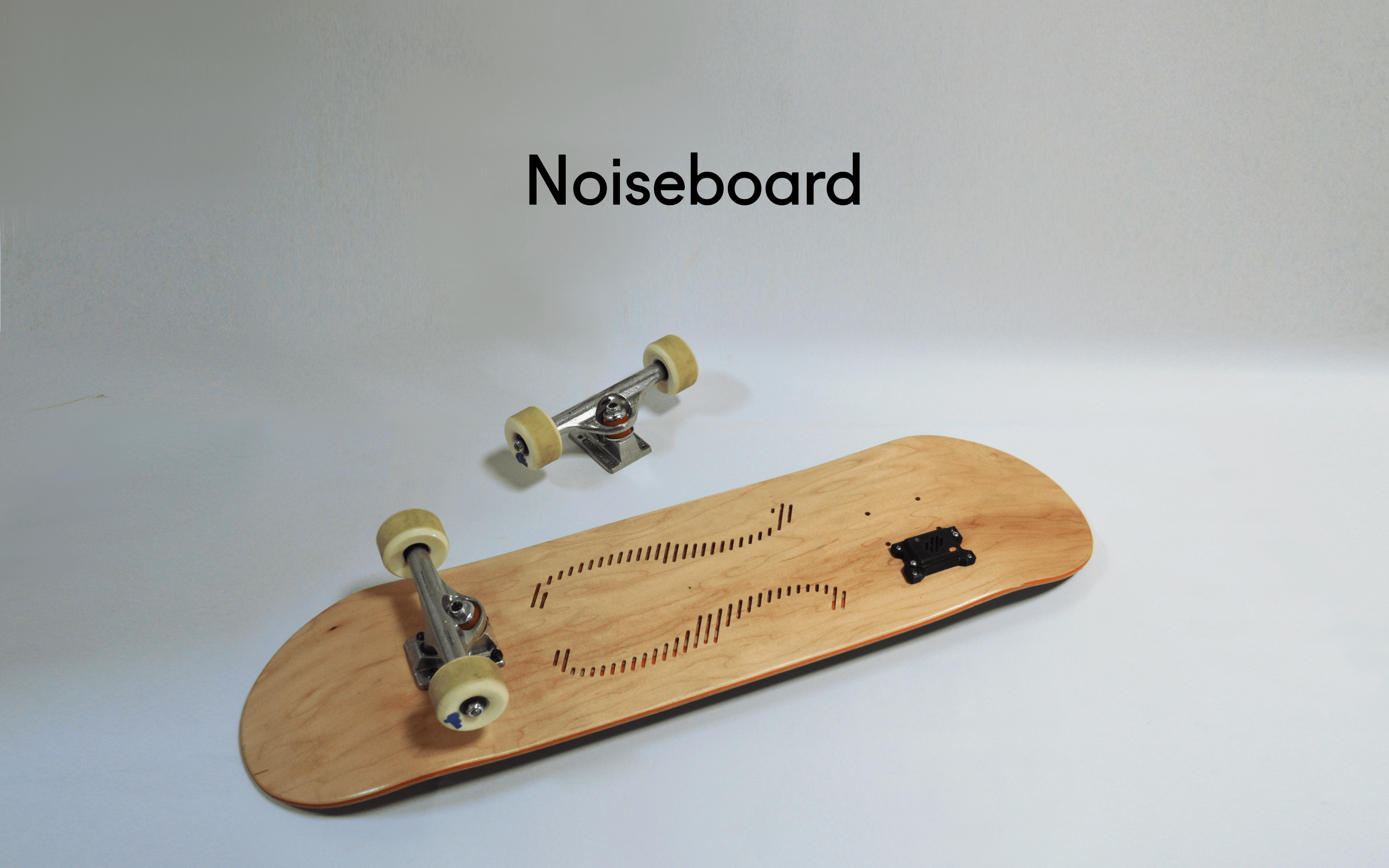 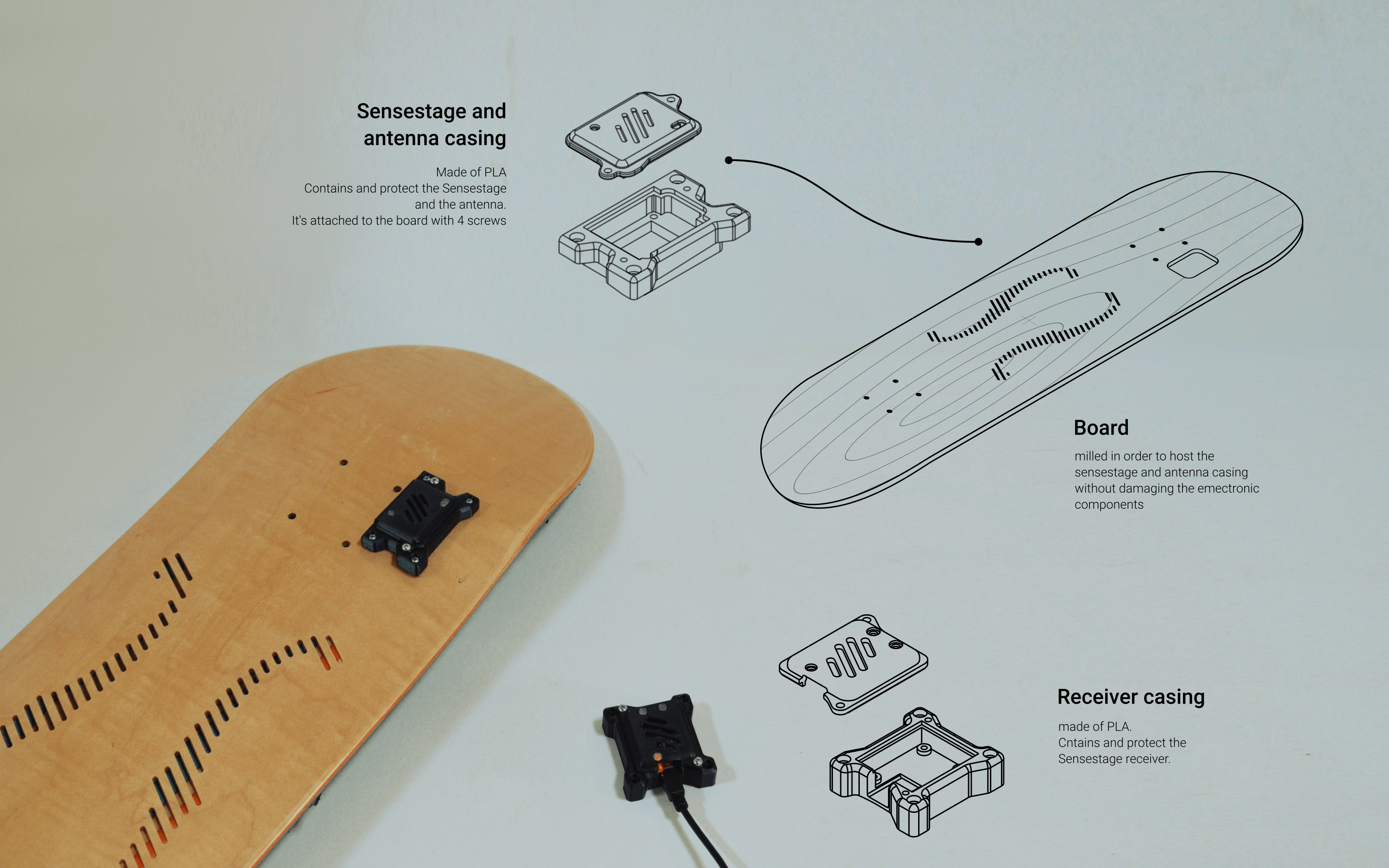 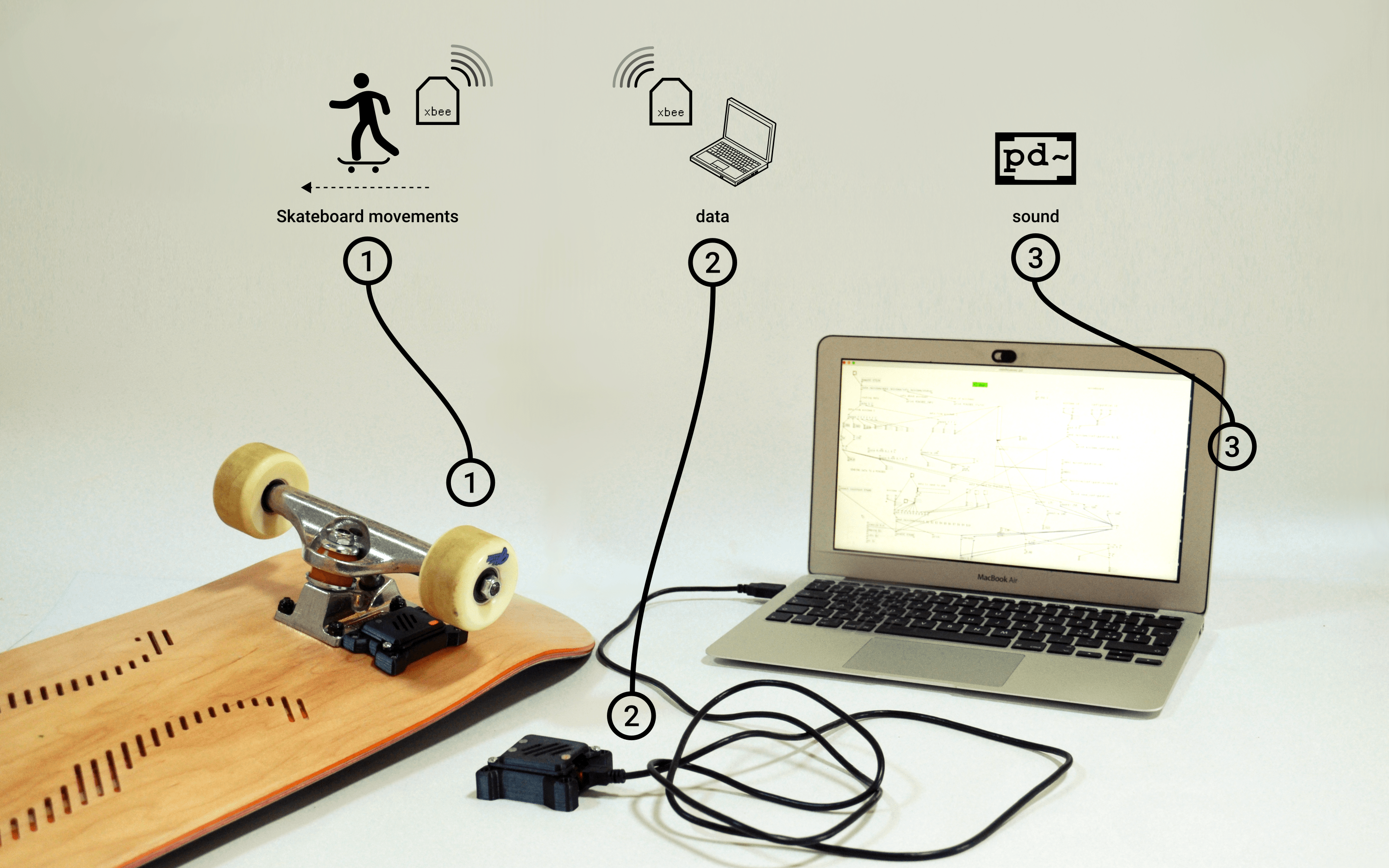 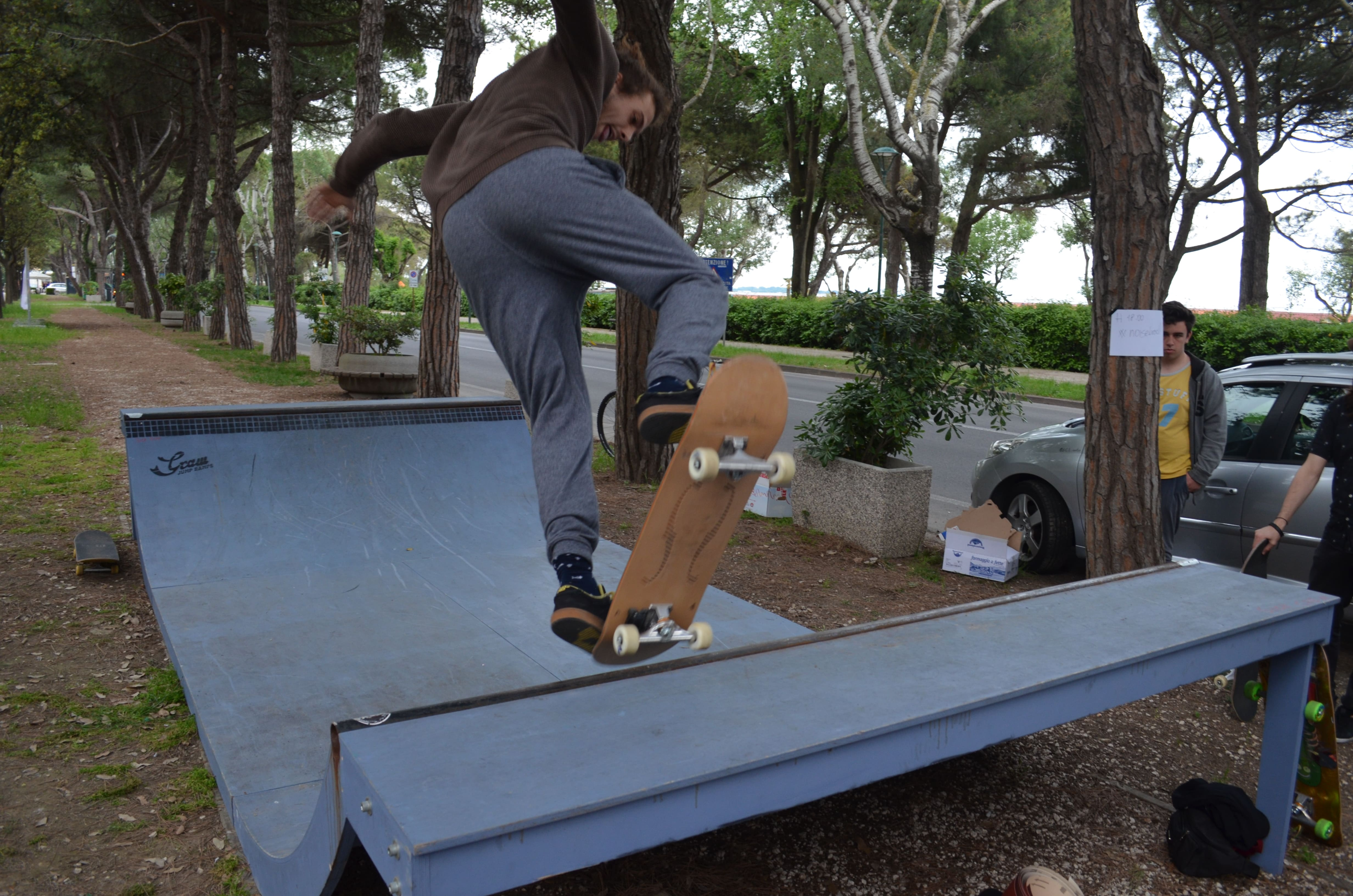 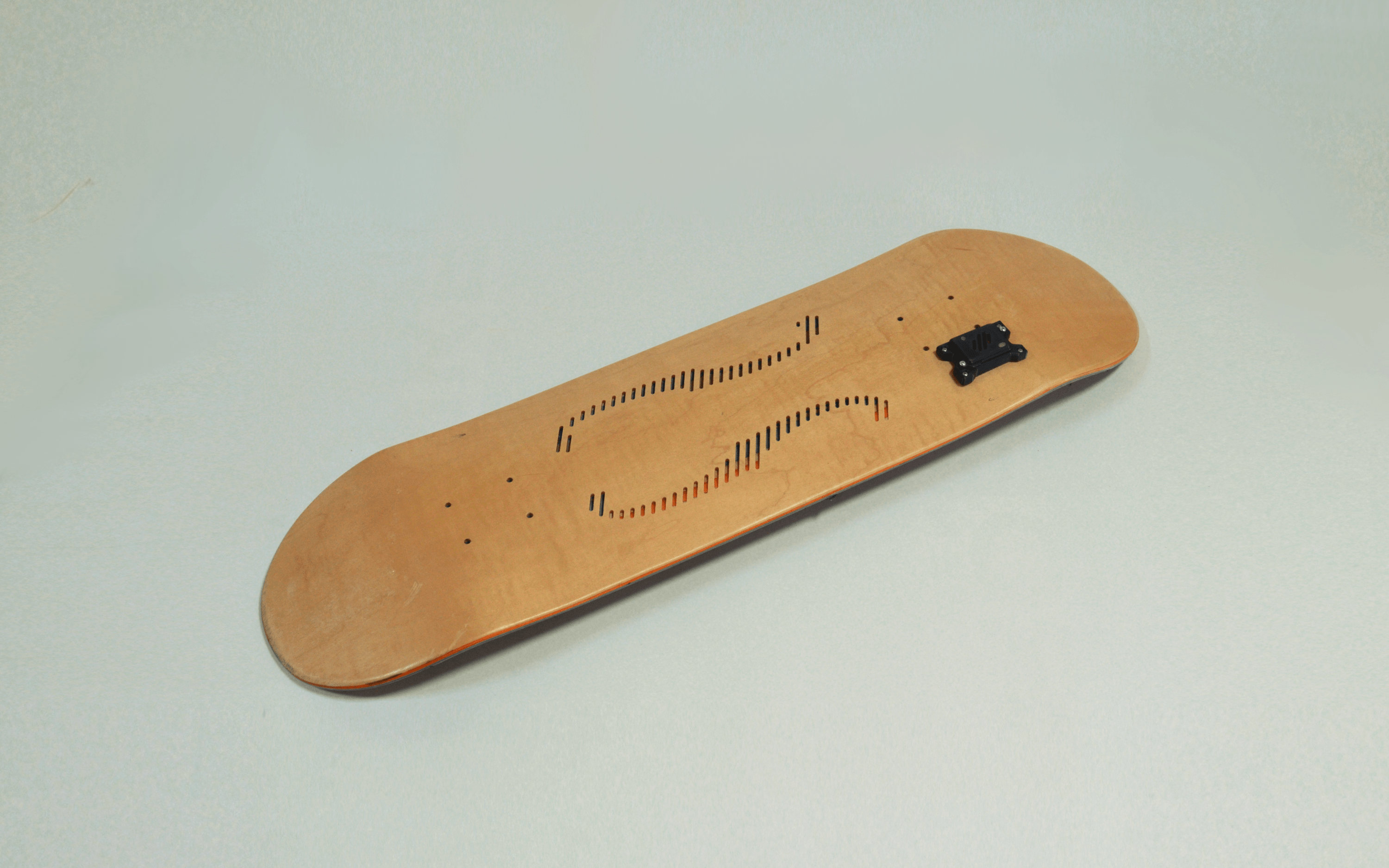 Made in collaboration with ass. Pase , Giovanni Dinello and Alessandro Rizzo

Noiseboard is a project that uses skateboarding, digital technology and interaction design to stimulate a novel and unexpected understanding of the surrounding environment. Skaters are artists that interpret space differently than most people, being able to see a hidden layer of opportunity embedded in ordinary urban elements. In their eyes, stairs, cement blocks, handrails and benches become the raw material of their performative acts through which they re-interpret the fruition of space and space itself.

The core element of the Noiseboard project is a set of skateboards which have been modified to include hidden in their structure a microcontroller, an accelerometer and a wireless antenna. Such devices translate the movements of the skateboard into digital data that are transmitted to a computer and used by a sound designer to generate sound waves, translating the skater’s movements into sounds that spread across the surroundings.

Noiseboard design consists in two main elemets: The circuits casing, that was conceived as a sort of alien parassite that contaminated the board, and the board itself, that presents on her surface an engraving that consists in a line patterns that recalls the tipical "f"s on traditional instrunents. The whole research was oriented towards an hybridation between modern technology and traditional luthiery